When it comes to co-parenting – which one will win?

Recently I worked with Jack and Sara**, who struggled to co-parent their children together. Whilst they had been separated for some time, both had re-partnered, and they were struggling to find the new “normal” with that.

Jack said, “Our son is due to start high school next year, and we can’t agree”. Sara replied, “It would be easy if you didn’t change your mind at the last minute. He was always going to go to the local school, and now you don’t think that’s good enough”. With that, Jack started back – “We never agreed that he would go there, you want him to go there because it is easy for you, not because it is what is good for him”.

“No. That’s not the case at all. You have never been concerned about being involved in these decisions in the past. Why now, all of a sudden, don’t you trust me to make the decision? Why now do you want to play father of the year and step in and just screw things up?”

I could sense the tension growing stronger and stronger. It was apparent that there was so much more to this than just a school.

Eventually, I found it. It was my friend’s ego. Ego often finds its way into co-parenting matters and today was no different. But unfortunately, today’s ego decided to rear its ugly head through recent events.

These events had blown up so catastrophically that Jack and Sara had no goodwill or trust left. Their co-parenting relationship was disintegrated. And all because of ego.

This was now a power struggle.

One parent’s actions against the other parent were done for no other reason than to cause hurt and payback. Don’t get me wrong, the parent who took action felt morally justified and obligated to do so.

But at what cost?

Maybe you aren’t looking at it from that perspective.

I know Jack and Sara were not. They only saw the immediate issue and their “moral obligation”, and no consideration was given to what it would do to their co-parenting relationship.

In fact, they thought it was each other’s fault.

Yet this action meant a few short months later they could not agree on what high school to enrol their eldest child in because they did not trust each other at all.

This isn’t the future either wanted for their children, but it is one that they are now living with. Whilst goodwill can be rebuilt in such circumstances, it will be a long and slow process. If you are wondering, the easiest path is to stop and look at the decision you are about to embark on and ask yourself why. What is your motivation behind it? Is it a decision you are making with your children in mind? Or is it one based on ego and judgement?

I hope for your children that they are the ones you are thinking about when you are making any decision that may impact them (including one concerning their other parent).

If you can relate to this, get our free guide to rebuilding your relationship here. 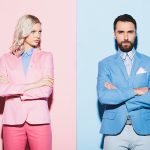 How can I make my relationship better?Co Parenting, Conflict Resolution, Relationships, The Ripple Effect

How often is this a cause for your fights?Co Parenting, Conflict Resolution, FDRP, Mediation, Relationships, The Ripple Effect