Have you ever been fake just to get what you want? I had a mediation the other day and from the moment that I spoke with each of the parties, I realised that something was off. Both of them were speaking in a way that was overly nice… ordinarily I wouldn’t be complaining but it wasn’t sitting right.

After I spoke with them I was reminded of this story.

You cannot fake who you are.

Before much of anyone knew who they were, an obscure rock band named Van Halen opened for Ted Nugent.

During Van Halen’s sound check Ted couldn’t believe his ears … He was staring in amazement at this unknown kid named Eddie.

The sounds coming out of this kid’s guitar!!

Nugent had been around the block a few times and wasn’t used to being blown away like this. Because many advanced guitarists are obsessed with creating just the right tone, Ted just HAD to know how the kid was pulling this off. He was convinced that Eddie was using some secret gear, that it was fake. It couldn’t be him – could it? After a little arm twisting, Ted finally talked Eddie’s guitar tech into letting him give Eddie’s rig a test drive. When Ted started playing through Eddie’s gear, a funny thing happened … Ted Nugent still sounded exactly like Ted Nugent. He fiddled with some of the amp settings. He tried everything he could to replicate what he’d heard earlier.No dice.

Ted relearned what every great musician knows … … that, sure, the right gear and technique can make a difference, but ultimately your tone comes from your hands and your style and what’s in your hands in your heart. It doesn’t come from being someone else. From being fake.

You see, both of them thought that if they were overly nice, the other would give them what they each wanted. But it doesn’t work that way.

Being fake does not last.

It does not help at all

We don’t do things just because someone is nice to us on one occasion. Especially when there is a history between us.

Don’t try to be someone you aren’t. If you do, you won’t be able to play that charade for too long before you get frustrated that you aren’t getting the result. Fake doesn’t work.

Co parenting isn’t about getting along all the time. You will have your differences and that is ok.

The lesson comes in resolving those differences. Being able to see options, instances and solutions and more, importantly being able to identify what the actual issue is not just what they say it is.

Often they are 2 very different things. 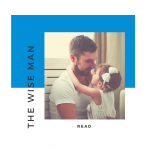 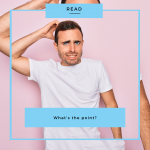