Listen for what is being said

By admin
Posted September 23, 2022
In Conflict Resolution, Mindset, Relationships
Listen for what is being said2022-09-232022-09-23https://www.familylawservices.online/wp-content/uploads/2021/12/color-tex-white.pngImproving Relationshipshttps://www.familylawservices.online/wp-content/uploads/2022/09/33.png200px200px

Have you ever had an argument with your spouse when they accused you of not listening to them?

Think about it – I a talking about those times when you have listened them and all they have done is sit and complain time after time about someone or something and you get fed up and your response usually starts off with “I’ve told you time and time again why don’t you….”

Can you relate to this?

Well, let me share a story with you that I read recently.

The Fourth Doll – Listen for what is being said

A sage presented a prince with a set of three small dolls.

The prince was confused. “Am I a girl that you give me dolls?” he asked.

“This is a gift for a future king,” the sage said. “You’ll see in a minute why I’m giving these to you.”

The sage handed the prince a piece of string and said , “Look carefully at these dolls. You’ll see a hole in the ear of each one. Pass it through each doll”. Intrigued, the prince picked up the first doll and put the string into the ear. He couldn’t believe it when he saw the string emerge through the other ear.

“This is one type of person,” said the sage.

“Whatever you tell him goes through one ear and out the other. He doesn’t listen to anything.”

Next, the prince put the string into the ear of the second doll. It emerged from its mouth.”This is the second type of person,” said the sage.

“Whatever you tell him, he tells everybody else.”

With that, the prince picked up the third doll. The string did not emerge anywhere from this doll. “This is the third type of person,” the sage said.

“Whatever you tell him, stays inside and is never uttered to anyone else.”

“All right,” said the prince. “So what are you trying to tell me? What is the best type of person?”

“This is the best type of person,” said the sage.

“To be trustworthy, a man must know when to listen, when to remain silent and when to speak out.”

You see, the truth is sometimes our spouse doesn’t want us to given them a solution or even respond.  They just want us to listen.  And sometimes they will say things they don’t even mean.

And this is when it is important to know when you need to:

But how do you know which one is the right one?

Listen for the emotion.  Listen for the tone that they are using – are they happy or sad, frustrated or excited, angry or ecstatic?

If you struggle to know the difference, I can help you inside my online program. 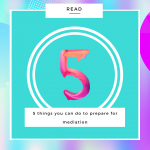 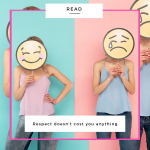