One of the greatest causes of conflict in any relationship is miscommunication.

As humans we always think we are much better at communicating than what we actually are. Especially when it comes to listening which is where the majority of miscommunication occurs.

I recently read a story of an old man and his grandson who were walking down a business street in a downtown district & it reminded me of the problem we face with miscommunication.

As they walked along, the grandfather suddenly stopped, turned his head slightly, and tweaked his ear. After a moment he said to his grandson, “Follow me.”

They slowly moved from where they were standing to a small planter box next to a sidewalk café. The planter was filled with various seasonal plants, but as the old man gently pushed back the flowers, behind them revealed a small bird’s nest filled with baby chicks; their chirping almost indistinguishable from the din of lunchtime dinners and people on the sidewalk.

No one seemed to pay any attention to the old man, his grandson or the little nest, but the grandson was amazed.

After watching for a few minutes and then moving away the little boy looked up at his grandfather. “Grandpa, how did you hear the birds? There is so much noise, so much happening, how could you hear?”

Without saying a word the old man took several coins from his pocket and tossed them on the ground. With the tinkling of the coins on the sidewalk it seemed everything came to a stop.

Several almost seemed to want to reach down and pick up the dropped coins.

Then as quickly as it had happened, everything went back to the way it was. That’s when the old man spoke. “It’s all in what you are listening for,” he said.

Listening to the words of the other person is easy. You can do it without attention, without effort and you are likely to always have an answer.

For everything. Which is often where miscommunication lies.

But the truth is, rarely do we want answers. Most of the time, we just want someone to listen. Someone too empathise and show some understanding.

Of course this is hard at the start. But the first step is to listen for the feeling in what is being said. Not the problem but the feeling.

Listen for the feeling and then answer with that.

Then see where the conversation leads you…

I think you will be surprised. 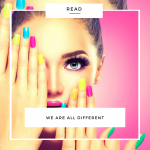 Do you want your relationship to be different?Conflict Resolution 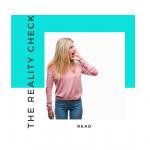