Nothing is good enough.

Do you feel like nothing is good enough when it comes to your spouse or co-parent?

I was talking to a John* recently who was telling me all about the issues he had with his ex *Sam.

John and Sam had 2 children which were living with both of them on an equal time arrangement.

But you see, John didn’t trust a thing that Sam said.  If Sam told John that he and the children were busy so they didn’t get to do homework or they missed an activity – John viewed it has irresponsible parenting.  He needs to shape up as a parent was John’s view.  Everything he did was never good enough according to John.

John was getting more and more frustrated that, in his view, nothing is good enough and Sam certainly wasn’t meeting his expectations.

I asked John “Why are you so focussed on what is happening when your kids are with Sam?”

“They are my kids” he snapped back.  “Of course I care about what goes on when they are with him”.

“Why though?” I asked.  “You haven’t mentioned anything to me that suggests that they are at risk.  Everything you have mentioned so far is simply a difference in parenting styles.”

You see, the more we focus on things, the more evidence we are going to find to support our case.  But co-parenting should never be about a court case and it shouldn’t be an exercise of who is the better parent. Each and everyone of us is different. When we parent our kids (even when we are together) there are still differences. We don’t see those differences then as things that “are not good enough” – they are simply differences. That is ok.

Co-parenting is all about giving your kids a safe and loving environment where they can move back and forth between you.

You will get so much more satisfaction as a parent when you focus on what you want to achieve.

Changing the focus is a simple as working on you. If you are ready to do this – why not start with our free guide and then we can take it from there. 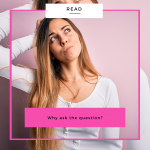 Have you asked a loaded question?Conflict Resolution 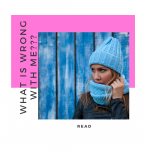 What is wrong with me?Relationships, Self-care