Are you ready for the fight to be over?

By admin
Posted April 1, 2021
In Co Parenting, divorce, FDRP, Parenting Agreements, Separation
Are you ready for the fight to be over?2021-04-012022-05-17https://www.familylawservices.online/wp-content/uploads/2021/12/color-tex-white.pngImproving Relationshipshttps://www.familylawservices.online/wp-content/uploads/2021/04/bigstock-the-attractive-angry-couple-fi-248223079.jpg200px200px

Are you in it for the fight?

Or do you want a resolution?

Most people will tell you that they want a resolution to the coparenting conflict.  Of course they don’t want to fight about it … but…

Let me share with you a story about Jack and Jill.

Jack and Jill had been co parenting for some time. Jack wanted to do the right thing and told Jill that he would contribute half of all of the children’s schooling expenses. When it came time to send the kids back to school, Jill purchased all of the items and sent Jack the receipt.

He was furious. Jack had no idea how much it costs to send the kids back to school. When he saw the amount he immediately accused Jill of spending so much to spite him. Without even realising it, Jack was geared up for a fight. He was ropable and was unable to see any other possibility but that Jill had done this in spite and on purpose.

Is that really the case though?

Is it actually Jill’s fault? Did she go and spend so much just to spite Jack? Or is it the case, that Jack had no idea on how much it cost? Was he simply caught off guard, ashamed and embarrassed that he didn’t have enough money?

My guess is that it is the later.

When you react this way, you are doing it from a place of ego and pride.

A place where you are ready to fight and there is no room left for a resolution. It can be easy to react this way without even realising it. Ready for the fight before we have the chance to stop and take a breath.

But you can change. You can do the work so that before you step into your ego you can take a break and walk away. You just need to be willing to stop the fight.

If you would like to end the fight download our free guide on how you can improve your relationships today. 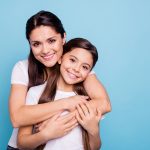 How do I support my children following separation?Co Parenting, divorce, Parenting Agreements, Separation 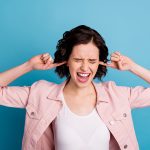