Respect doesn’t cost you anything

Respect doesn’t cost you anything but it is worth so much more than we ever realised.

When people think about co parenting relationships they tend to think of either the relationship that is constant fighting and an example of world war III or one where you spend Sunday night dinners together, holiday together and becomes besties with your ex’s new partner. Now neither of these thoughts describe what most people encounter when it comes to their own co parenting relationship. For most, it is somewhere in between.

It was absolutely wonderful to hear how John’s children would call to tell both of them what happened at school that day, and how they would also call the children to tell them when something fun and exciting happened for them as well.  They saw each other as often as they could  and would help whenever possible. What was even more touching was the relationship that John, Judy and his ex were able to maintain.  I asked him what they did.  What was the secret behind their great success and he replied “respect”.

Respect for each person’s role.

Respect for the decisions that they make.

Now John explained that things had not always been perfect.  They have had their fair share of ups and downs and both him and his ex have made decisions that the other didn’t like – but neither of them have ever said anything to the children and they backed each other all the way.  They have always maintained that united front.

Remember above all else – your children are watching and they will learn how to respect others’ from you. So if you want help to work on you, I can help you through my online coaching program. 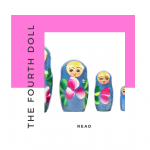 Listen for what is being saidConflict Resolution, Mindset, Relationships 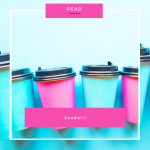