How to resolve conflict in a relationship

By admin
Posted June 14, 2021
In Conflict Resolution, Relationships, Self-care, The Ripple Effect
How to resolve conflict in a relationship2021-06-142022-03-05https://www.familylawservices.online/wp-content/uploads/2021/12/color-tex-white.pngImproving Relationshipshttps://www.familylawservices.online/wp-content/uploads/2021/06/bigstock-irritated-woman-and-handsome-m-341215012.jpg200px200px

From the inside out!

Traditionally conflict is viewed as external to us, with the problem being with someone or something else. As a result, the only way to resolve the conflict is for the other person or situation to change. But I don’t believe that.

I read a story recently about a newly married woman Jane who went to live with her husband and Mother-in-law, Rosemary. As time passed, Jane began to despise Rosemary.

Their relationship was full of conflict and no matter what Jane did to try and resolve the conflict it didn’t work.

She was convinced that the only way to resolve the conflict would be for Rosemary to change. She knew that was never going to happen, Rosemary was as stubborn as they come, so much that Jane went to a family friend, Mr Little, and asked for a concoction that would poison Rosemary. Mr Little provided Jane with tablets on the condition that she only use them once a day, and from that point forward, she had to obey Rosemary’s every wish. In addition, Mr Little told Jane to go out of her way to be friendly, not argue, and treat Rosemary like a Queen.

Over time, Jane found that her relationship with Rosemary completely changed. They did not fight; they did not argue, and, indeed, Rosemary praised her for being the best daughter in law ever. But how did she resolve conflict in their relationship? She had no idea.

Jane returned to Mr Little, desperate to stop the poison as she now loved Rosemary, only to be told he never gave her poison in the first instance. Instead, he gave her herbs to improve Rosemary’s health – the poison was within her, Jane.

That must have hurt to hear that.

But yet, it is true.

The way you perceive your relationships influences how you turn up and how you treat people.

If you focus on the problems, that is what you will see.

You will be left asking yourself how do I resolve the conflict? How do I make it go away?

If you believe that you hate them, that you never get along, that you always fight – of course, this will be your reality.

So many people know this, but the problem comes when it is time to implement.

If Jane didn’t believe she was poisoning Rosemary at the start – would she have continued to be nice to her, not to argue and to treat her like a Queen? Probably not.

Most of the time, when you hate someone so much, the thought of being nice to them turns your stomach. And the only way to be nice is to believe that you are doing this to achieve another purpose. If you don’t believe this, you won’t continue at the sign of the first obstacle.

Just like the first time you are nice and the other person doesn’t reciprocate it. You will give up and say, “I told you this is impossible”. But it isn’t.

It takes patience, and above all, it takes commitment. 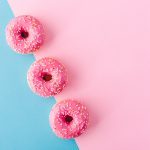 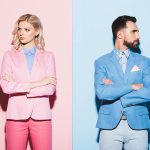 Why does the fighting never stop?Conflict Resolution, Relationships, The Ripple Effect